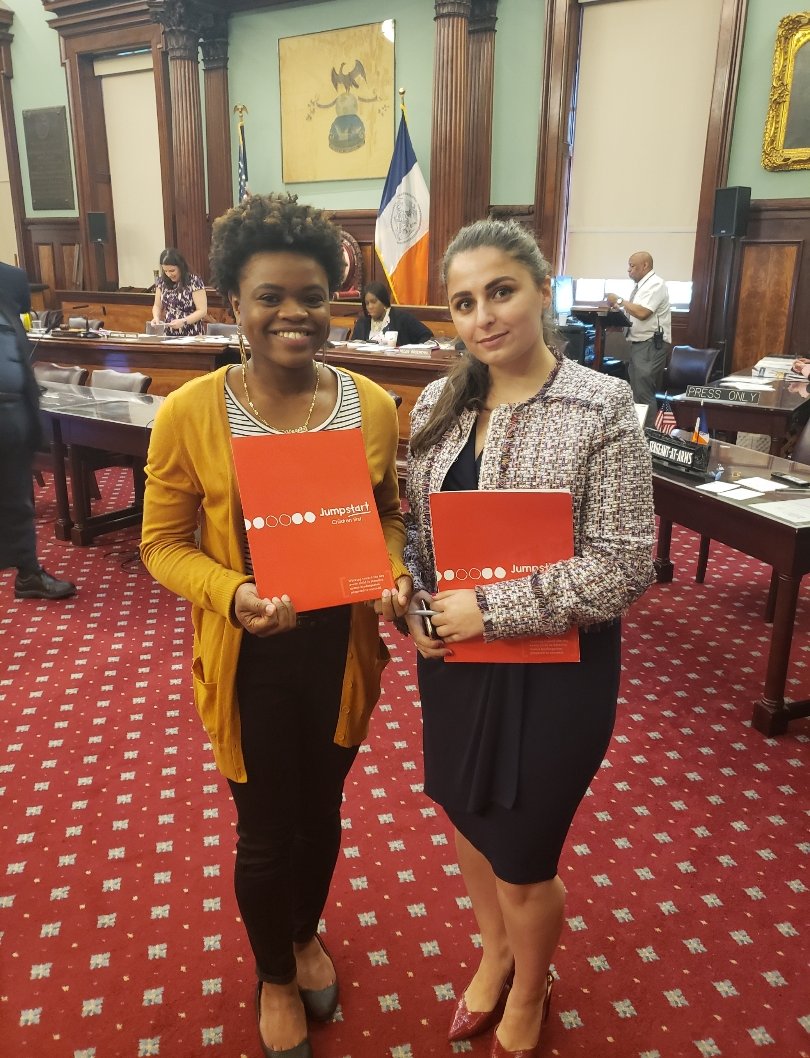 Time really flies. I remember being so nervous when I started my role at Jumpstart. My office building looked intimidating­­ – I never worked in a place with so many floors.

As I took the elevator up to the 11th floor, I wondered about how the office looked and what type of people I’d meet. From my very first day, I thought about what the next two years held in store.

As I reflect over my fellowship experience, several moments come to mind. I think about the children whose smiles beamed so brightly after receiving their favorite book, the families who faithfully participated in Jumpstart literacy celebrations, and the City Council Members who finally attended an event after months of email exchanges. Moreover, I think about the relationships I’ve built with the other fellows in my cohort. I appreciate our bonding moments during our fellowship retreats; New York City, Boston, and Philadelphia will always hold a special place in my heart.

One of my favorite moments though, came on May 23rd, when I prepared and delivered testimony at the City Council Committee on Finance’s Fiscal Year 2020 (FY20) budget hearing. On behalf of Naila Bolus, Jumpstart’s President and CEO, I wrote a letter that urged the Committee on Finance to prioritize increasing early educator pay in the FY20 budget. Initially, the thought of speaking at the budget hearing rattled me. I didn’t think I was the best person for the job, particularly because I don’t work in a classroom setting. My role on the community impact team requires monthly or weekly interaction with children, and not the sacrifices that early educators make on the daily basis. I hoped that we’d find a teacher, or Jumpstart volunteer, who felt excited about the opportunity to speak at the hearing.

With no such luck, two of my coworkers and I traveled to City Hall, prepared to address the City Council’s Committee on Finance. Over the last year, many advocates started pushing New York City to increase the salaries of early educators who work at community-based organizations (CBOs). The city currently pays early educators who work at CBOs 60% less than those who work in NYC Department of Education settings.

After waiting almost two hours, they finally called, “Jumpstart,” and I heard our names through the speaker system. We walked up to the bench, joined by four other advocates who also wanted the City Council to prioritize their concerns. Using preliminary data from Jumpstart’s recent alumni engagement survey, my coworker and I explained how the barriers in the ECE field– specifically student debt and inadequate salary compensation– deter many of our college students from becoming or remaining early education teachers. We only had two minutes to testify about an issue that affects hundreds of early educators throughout the city.

Though short-lived, speaking at the budget hearing is an experience I won’t forget. When I began my fellowship, I probably would’ve laughed if someone told me I’d be speaking at City Hall two years later. As a result of Jumpstart’s advocacy, as well as the letters, calls, and emails from other organizations who joined the pay parity fight, Mayor Bill de Blasio and City Council Speaker Corey Johnson committed to closing the salary disparity between community-based early educators and their counterparts in the Department of Education. What a win for the early educator workforce!

This moment taught me the importance of stepping up to the plate and using my voice, even when I feel uncertain. I’m so glad that I said, “Yes!” 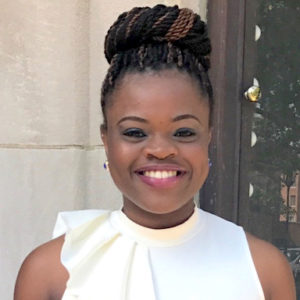 Kayla Jones is the 2017-2019 FAO Schwarz Fellow at Jumpstart for Young Children. She splits her time between the Field Operations & Strategy and Policy & Government Relations Departments. Kayla graduated from Northwestern University in 2017 and plans to pursue a Master of Divinity degree after completing her fellowship.