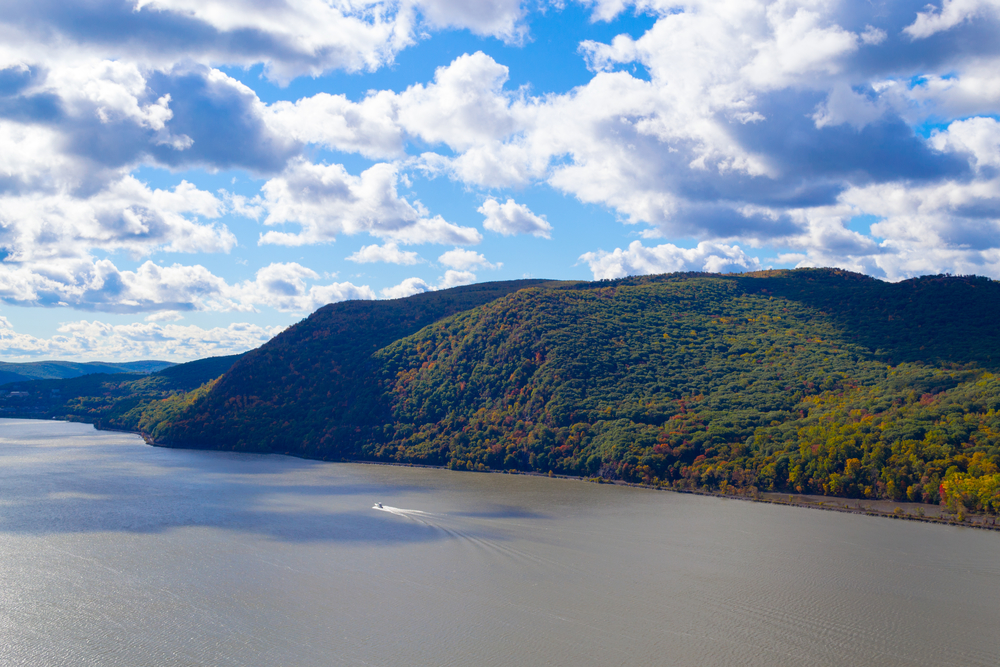 Why I Chose to Work at RiverKeeper 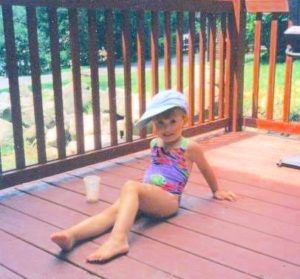 Growing up in the Finger Lakes Region of New York State, my summers were spent swimming in the freshwater, glacially formed lakes, and climbing gorges waterfalls feeding these waterbodies. My earliest memories are chasing fish through the clear water, catching crayfish, and counting water snails. My adventures in, on, and around the Finger Lakes taught me a deep respect and reverence for nature, and a love for water. These strong convictions inspired me to join the local swim team, and spend my summers supervising swimmers as they enjoyed the beautiful waters of Canandiagua Lake.

On a grey summer day in 2009, my parents loaded us into their minivan, and told my younger sister and me that we were headed to Dimock, PA to “see what this fracking thing is about”. Little did I know this spontaneous trip would  drastically change the course of my educational and professional trajectory. Having just learned about hydraulic fracturing, my parents decided we would go see the process firsthand in a community on the frontline. Like my parents, we were not sure what we were going to encounter upon arrival in Dimock. At a basic level, we had learned hydraulic fracturing, an industrial process of extracting natural gas from shale deposits used millions of gallons of water, explosives, and thousands of gallons of chemicals-literally “fracturing” the ground underneath communities. 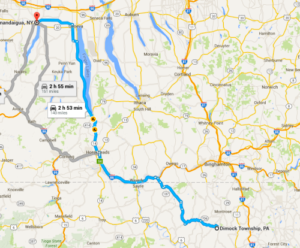 We spent the ominously grey afternoon driving through the tiny township of Dimock, PA, seeing the tall drill rigs, large clearings made to accommodate the drill pads, and “produced water” in the containment pools. Partway through the afternoon, my parents quietly mentioned fracking could potentially come to our region, and industrialize the natural landscape and cause millions of gallons of fresh Finger Lakes water to be withdrawn, mixed with thousands of gallons of toxic chemicals, and used in fracking.

Driving back home along the banks of Canandaigua and Seneca Lakes, I could too easily imagine industrialization of these lakesides. Immediately upon returning home, I googled “Fracking New York State”, desperate to learn more and see what could be done to prevent fracking from coming to my home. The first result was the Riverkeeper website, with updated information on the science, policy, and process. From that day on, Riverkeeper had been on my radar, first as a resource, then later as an organization I would be honored to work for. 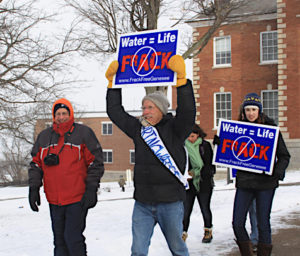 Over the next several years, I would go from a passive environmentalist high school student, to a knowledgeable campus and community activist in Geneseo fighting like hell to educate the public and ensure fracking did not become a reality in New York State.

Nearly 6 years later, New York State has a ban on fracking, and I’ve had the incredible opportunity to join the staff at Riverkeeper as an FAO Schwarz  Fellow, coordinating the Riverkeeper Sweep, and educating schools and communities on issues threatening the Hudson River. My determination to advocate for the environment and my respect for Riverkeeper continues to grow each day, and remain humble and immensely thankful for this opportunity.

Jen Benson is an FAO Schwarz  Fellow at Riverkeeper. As the Education and Outreach Coordinator, she creates opportunities to increase youth environmental awareness and engagement with the Hudson River. She also works to support campaign and programmatic initiatives, and helps coordinate the Riverkeeper Sweep.